The Town of Millis is located in western Norfolk County, Massachusetts, along the Charles River. Formerly an industrial town, today we are primarily a suburban community with rural areas remaining on our outskirts. Millis is bordered by Medway on the west, Holliston and Sherborn on the north, Medfield on the east, and Norfolk on the south. Millis is 26 miles southwest of Boston, 32 miles east of Worcester, and 32 miles north of Providence RI. Major roadways include Rt. 109 which connects east and west to state Rt. 128 (I-95) and I-495. Route 115 is the major north-south route through town. The center of town is located near the intersection of Rt. 109 (Main St.) and Rt. 115 (Plain St.). The total land area of the town is 12.16 square miles. Rail transit to Boston is available in the neighboring town of Norfolk and the nearby towns of Needham, Walpole and Franklin.

Millis was first settled in 1657 and was originally part of Dedham, Massachusetts until that town granted the lands of Millis, and other present day surrounding towns, to Medfield in 1651. In 1713, pioneers of Medfield applied for a grant to create a new town and, when approved, named this new land Medway. This new town consisted of West Medway (present day Medway) and East Medway (present day Millis). Millis incorporated as a separate town on February 24, 1885. Millis is named after Lansing Millis, one of the founders of the town. 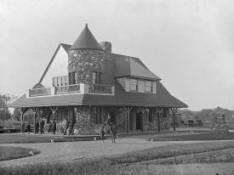